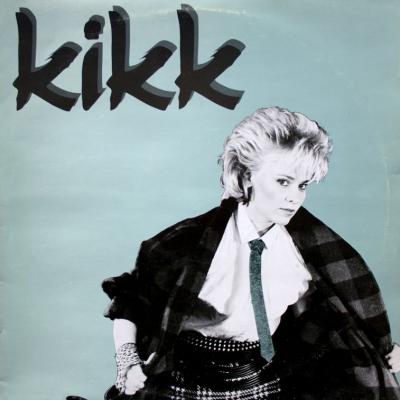 "Kikk" (Kick) is a short record – only six songs, all falling into that radio-friendly sweet spot of 3.5 to 4.5 minutes each. It’s a classic new wave pop album, released 1984 and was the bands one and only album. The singer Sigríður Beinteinsdóttir was the Icelandic blonde Pat Benatar, probably nowhere more so than on the first track “Try For Your Best Friend” (note – all songs are in English).  In general Kikk is a bit more on the darker, soulful side of new wave, as opposed to more upbeat, dance oriented songs that eventually took over prominence in the genre.  “Is This the Future?” nails that darker sound, something that easily could have appeared on the Streets of Fire movie soundtrack (which came out the same year as Kikk).

Kikk was influenced by the new wave scene happening at that time, Blondie, Pretenders, Nina Hagen and Marianne Faithful to name a few. These years in the Icelandic music scene where full of energy and meltingpot of new wave influence, punk and pop. Unfortunately the band had some challenges and broke up right around the same time Kikk was released, so while it struck a chord in Iceland, the band never had the chance to try to capitalize on the record. Gudmundur, gitarist and the main songwriter, moved on to the long-running and popular group Sálin hans Jóns míns, while singer Sigríður Beinteinsdóttir had no trouble continuing her musical career as well.