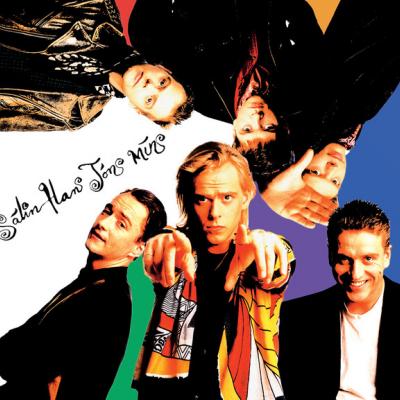 In 1991 it was time for the third album, which they simply called  "Sálin hans Jóns míns", and was well received. It remains Sálin's bestselling album to this day. The band was playing all over the reef and putting out new songs that swiftly got hugely popular. A sixth member keyboardist Atli Örvarsson had joined Sálin's ranks as well and would later become a renowned film composer.

By this time Sálin's sound was fully formed, and the Guðmundur/Stefán written songs were the usual fare, even though other members occasionally contributed. Guðmundur made pure Icelandic pop out of international influences (traces of popular artists like U2 and Lenny Kravitz can be heard in his songwriting) and Stefán wrote bombastic lyrics, usually about girls, relationship and/or love in general. Iceland laid panting at Sálin's feet.