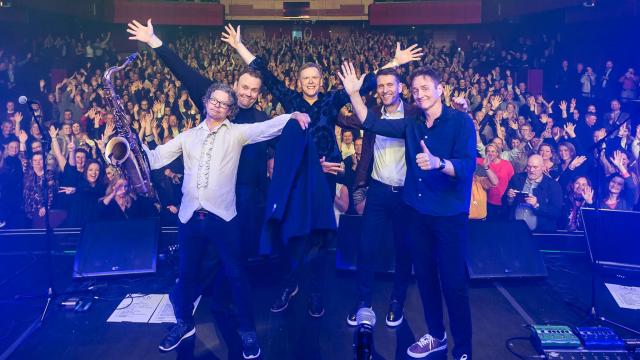 Sálin (“The Soul”), as they are usually referred to, started out as a soul revival cover band, but soon evolved into Iceland’s most popular pop act. They released 14 albums of original material with Gudmundur as their main songwriter. Sálin played countless gigs throughout their reign and are responsible for a slew of radio-friendly hits, but in October 2018, on their 30th anniversary, they marked the end of their days and played three sold-out concerts in Eldborgin, Harpa and bid farewell to their fans.