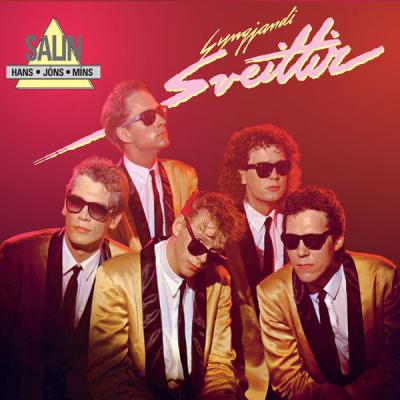 "Sálin hans Jóns míns" (The Soul Of My John), an Icelandic band established in Reykjavík 1988 by Guðmundur Jónsson (guitar), Stefán Hilmarsson (vocal) who were the core member and were later joined by Friðrik Sturluson (bass), Jens hansson (saxophone, keyboard)  and Jóhann Hjörleifsson (drums).

"Sálin" (The Soul), as they are usually referred to, started out as a soul revival cover band, but soon evolved into Iceland’s most popular pop act. They released 14 albums of original material with Gudmundur as their main songwriter. Sálin played countless gigs throughout their 30 year reign and are responsible for a slew of radio friendly hits and the Sálin formula has been the blueprint for many Icelandic pop groups.

Their first long play came in the summer of 1988, "Syngjandi sveittir" (Singing and sweaty), with four original compositions and six cover songs, all recorded live. The LP had some popular songs, including  "Á tjá og tundri" (In Utter Chaos) and "Kanínan" (The Rabbit).