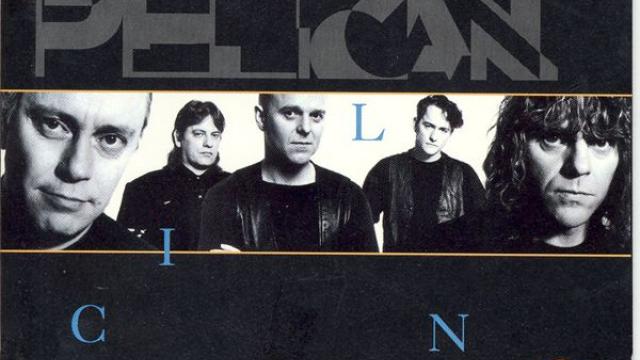 Pelican was the top progressive rock band in Iceland in seventes and produced two critically acclaimed albums; Uppteknir (meaning ‘busy’ or ‘opened’), released in 1974 and Litil Fluga (literally ‘Little Fly’), released in 1975.
Fast forward to1993 when Pétur Kristjánsson was working on his solo project with Gudmundur. A year before he had sung with Gudmundur’s band Sálin a hit song called “Krókurinn” based on his playful lingo and banter.

Pétur abandon the solo record plans and and opted instead to resurrect Pelican with Gudmundur as second guitarist and songwriter. The band record and released an album that summer and followed it with small tour around the country. The album received generally positive reviews and songs like “Ástin er” and “Gef mér grið” did get a good radio airplay. Since then and until his untimely death in 2004,

Pétur kept at it with various outfits, sometimes reformed versions of his old bands, sometimes new ones. He was a mentor in the fine art of rock and roll, a sweet and funny guy that was beloved by all. “Ástin er” was played at his funeral.