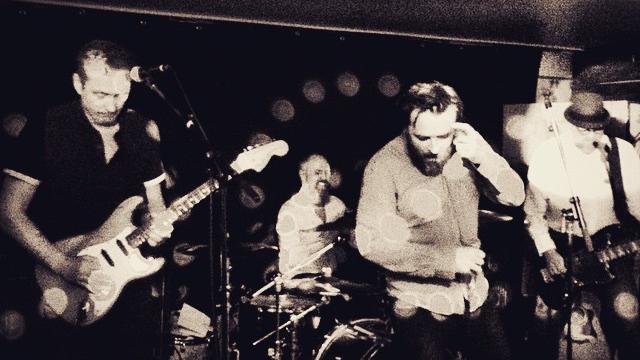 The rock band Trúboðarnir (The Missionaries) was never established but the members got the calling from the higher powers that they should put together a rock group. Just like the Bethlehem star, who led the three wise men toward the old stable long time ago. Just to make things clear, this mission has nothing to do with religion in traditional definition of the word. This bands mission is about the internal struggle members has against stagnation, general boredom and middle-aged crises of any kind. A kind of prevention of becoming a slaves of golf, Odd-fellow or Freemason of this world.

Members of Trúboðarnir have between them a lot of experience and it is significant news in Icelandic music folklore that here should be gathered in one congregation, a national known rock singer Karl Orvarsson and one of republic much loved musician and guitarist Gudmundur Jonsson. And in addition is the founder Heidar Ingi Svansson on bass and the great underground legend Magnus Magnusson on drums.

The debut album from Trúboðarnir, named Óskalög sjúklinga (The Patients Song Requests), contains 10 original songs written by Karl and Heidar. The congregation members themselves released the album in early summer of 2015, after a successful crowd-funding by Karolinafund.is and it immediately received widespread attention and acclaim.