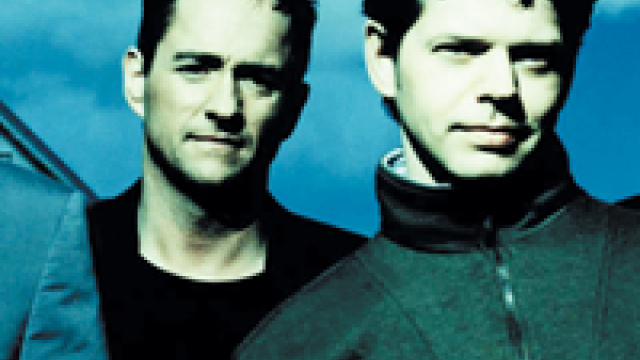 The Icelandic duo ZEBRA gained inclusion into the late-'90s electronica indie surge in their native country by channeling the eerily detached sound of electronic pop songs containing lush, multi-layered, psychedelic rock arrangements, driven by edgy guitar, funky saxophone and sample beats. Lyrically their compositions show elements of space rock, including unusual song titles like;  Invasion Of The Brain Eater, Sounding The Seabed Of My Soul and Overload In The Overhead.
The duo was formed in 1994 by Gudmundur Jónsson, on guitar, keyboards and vocal and Jens Hansson on saxophone, keyboards and vocal, Their self-titled album received critical acclaim in Iceland when it was released in 1995.